A Dog, A Commercial, and My Imaginary Friends 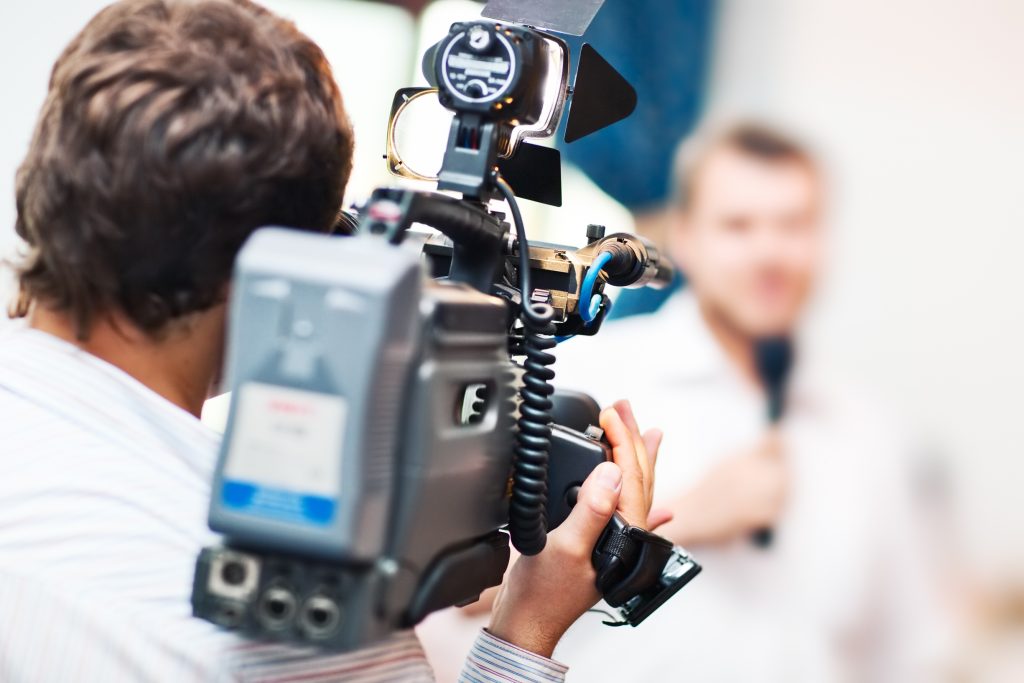 Peter's talent agent booked him for his next gig.

"Pete, let's have the wife come along this time - oh, and that darling dog whom everyone loves. Bring the wife and the dog. The client would like to have all of you in the commercial."

It's an anti-vaping campaign, and Sam was basically the star of the show. The scene happens at an outdoor restaurant, where this cute hipster couple can't decide what to eat, and just as the server takes their order, somebody walks by and blows a vapey exhale in their direction. They act appalled and offended, Sam looks cute and attentive, and then they cut to the facts and science of how dangerous it is for your lungs.

The vape smoke will be digitally added in post-production, so there was no smoke to respond to on the set. Even still, Sweet Sam indulged them in a glance over his shoulder, as if he too were wishing for a breath of fresh air. 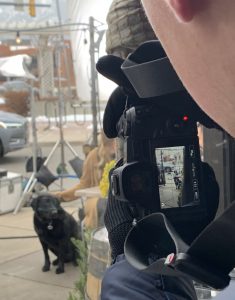 You guys, it's like he speaks English. Oh, you need me to sit pretty, stand up tall, and now glance over here? Done. 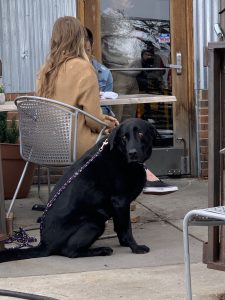 The commercial is supposed to take place on an afternoon in late-summer-early-fall, so we had to dress as such. Never mind that it was 7 degrees in Boulder yesterday. The makeup artist had to keep dusting the snowflakes off our hair, and then the director asked us to hold our breath during the action shots. Can't have the vapor of our freezing exhale when it's supposed to be August.

"People! Let's take it from the top! Lights, camera - hold your breath - and action!"

Peter and I were extras in the far back of the patio. Like I said, Sam was the star. We are in the edge of the frame, far behind the principles. So close to the edge, that they seated nobody across from me since those empty chairs won't be in the shot. (I still had to carry on pretend conversations, though. For the sake of presentation and image, I suppose.)

Peter sat at his own table, a four-top built around the structure of a tree trunk, and he made passes at the tree.

"Nice to see you. How lovely are your branches. So, do you stand here often?"

Meanwhile, I filled my table with the invisible guests of my choice. Jen Hatmaker, Brene Brown, and Oprah. Because of course. You get to invite who you want to your dinner party, right?

There was no small talk. We went straight for the good stuff, my mentors and me, discussing book clubs and vulnerabilities and the ways of smart women.

Peter said, "What's happening at your table?"
"Shhh," I said. "We have to be quiet right now."
"Tricia, they're not shooting right now," he said, patient with his wife who is new to the commercial shooting scene.
"I know, Peter. But Jen Hatmaker is praying over our margaritas and chips and salsa. Shhh," I said, bowing my head.

He's not the only actor in the family.
(But he can keep the commercials for himself. Cross that one off my bucket list.)