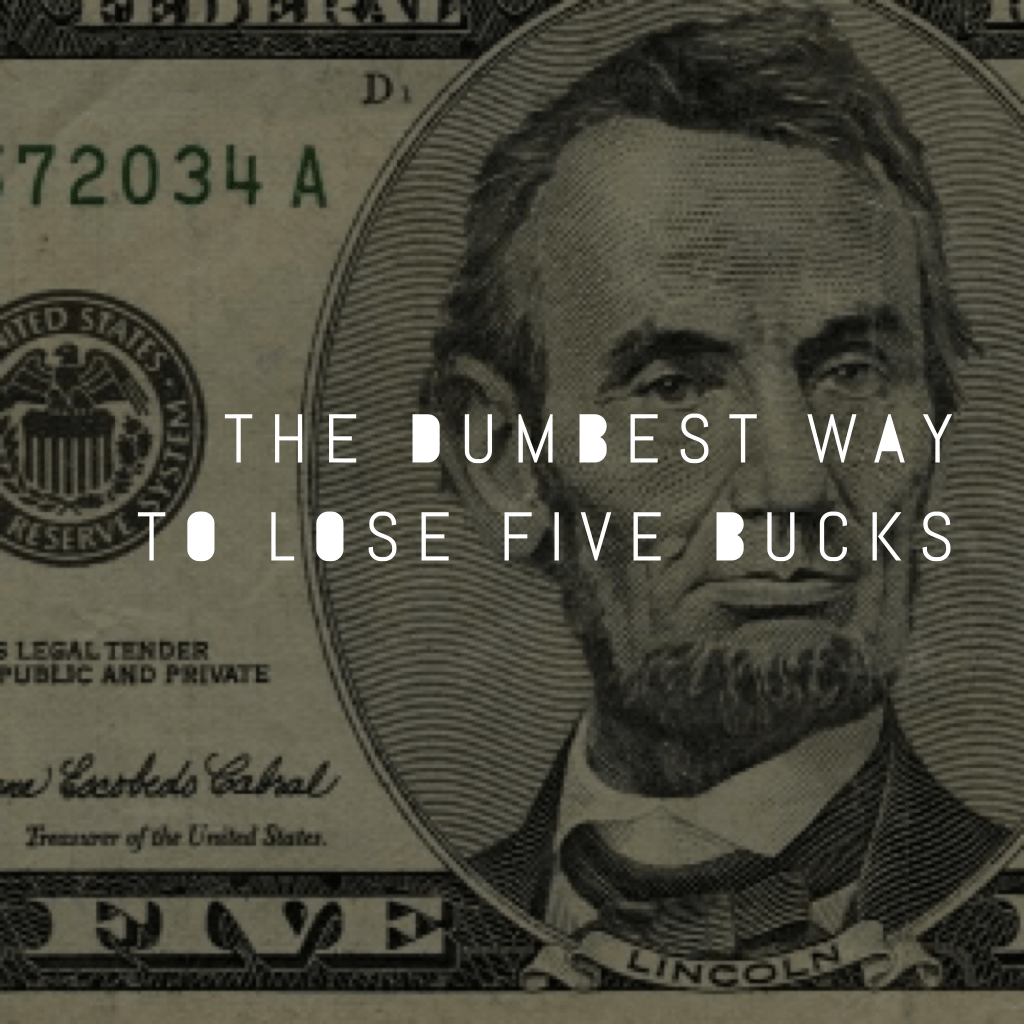 I’m on the east coast this week for our annual pilgrimage to Atlanta for the Catalyst Leadership conference. It’s the first year for Peter to join this tradition, so between my brother and his wife, my husband and me, we have a veritable Couples’ Retreat happening. You know, in a Christian leadership kind of brother-sister way that isn’t weird. As is tradition from straight off the plane, we start our three days together with dinner at The Vortex. It’s a burger bar that is delicious and intriguing with a menu that reads like standup comedy, and it is—most wonderful of all—adults only.

There’s no parking directly in front of The Vortex, but there’s paid parking right across the street. We know this, and it’s part of the plan. We got out of the car, and there stood a guy moving a traffic cone across the parking lot. He welcomed us with a nod “Vortex?”

“The parking meter is out of order,” he tells us, “so you can pay cash. It’s five dollars.”

And we each, all four of us, busted out our wallets to pay this guy. As fast as we could and without question, it was a courtesy race to give this guy a five dollar bill. I only had a ten, but he didn’t have change, so Peter gave him a five. He thanked us, we thanked him, and we headed inside.

Except he never gave us a receipt to put on the dash. And the parking meter wasn’t broken. We got played.

By the time we realized we had just gotten scammed, our guy was headed across the parking lot and out of sight. He flashed the peace sign as a farewell and a laugh in our faces. I mean, it was only five dollars. But still. We now owed another six dollars to the actual machine for actual permission to park in the actual parking space.

We were aghast. We rehashed it on repeat over dinner. 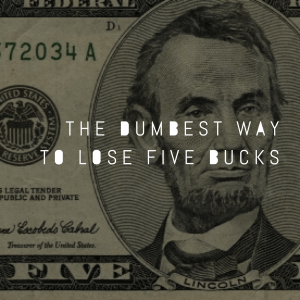 “How did that happen, just now?”
“How did we all four just play right into his hand?”
“Well, he had a traffic cone. I thought he was legit.”
“Of course, since a traffic cone in hand is the international sign for someone who’s doing his job.”
“Didn’t it strike any of us as odd that he had no change? What kind of cash-only parking guy has no change?”
“Right, as if everybody else tonight had paid with a five dollar bill?”
“Wait a minute. If everyone had paid with a five dollar bill, then all he would have is change.”
“How did this happen?”
“Well, at least it was a stupid way to get scammed out of five bucks. So we can feel good about that, I guess.”

When we finished our meal and headed out the door, my brother offered a team challenge, “Hey, guys? Let’s try to get across the street without anybody conning us out of any money.”

So, FYI, there’s a guy outside the Vortex who’s making a quite a dinner’s wage on the distraction of happy, laughing couples. 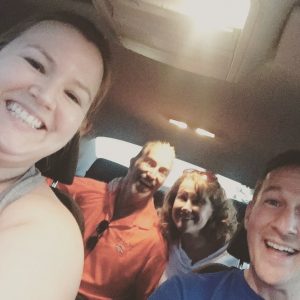 We are ridiculous.  And we are so happy to be together that we just don't actually care. Five bucks?  Let's call it a cover charge and call it a night.