How To Get Your Girlfriend to Watch Football With You

History unfolded on so many levels on Sunday night: the Broncos won SuperBowl 50, and I watched the game. Greater still, I enjoyed it.

How did this happen? Who was this girl having so much fun? 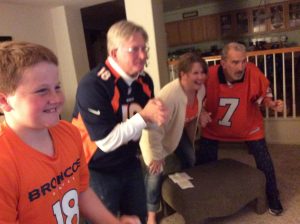 I asked Peter how he managed this feat, to get this anti-football girl on board, because I really don’t know how it all happened right before me.

Here is Peter’s Top Ten Tips for How To Get Your Girlfriend to Watch Football With You, with subtitles and commentary added by yours truly.

Invite her to watch with you. An invitation goes a long way; an assumption does not.

Make it an enjoyable experience. Super fun snacks are a great idea. Throw pillows are a nice touch.

Sit next to her. If she knows you’d like to have her beside you—your knee next to hers, her hand in yours—she’ll be much more likely to sit in that spot.

Include her. When the team scores, give her a kiss.

Answer her questions. Don’t patronize her, but when there’s a flag on the play, tell her why.

Don’t scream in her ear. She doesn’t like that.

Don’t scream at her. She doesn't like that either.  Because she's not actually playing the game.

Leave her wanting more. Make it one great game. Not three consecutive games that will leave any person brain dead.

Don’t be a jackass. Just generally and always. 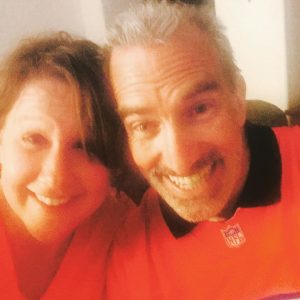 We’ll be a couple who watches football together and stuff. Because apparently I watch football now and we’re SuperBowl Champs so I get a new outfit.

"I'll always remember that SuperBowl when I was ten years old.  When the Broncos won and my mom watched."  ~ Tucker 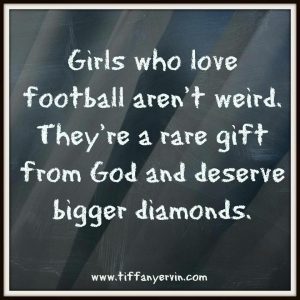